A 44-year-old man with 6-year history of gastroesophageal reflux disease (GERD; score of 30 on GERD questionnaire) underwent an upper gastrointestinal (GI)endoscopy, which revealed esophagitis (Los Angeles grade A). After failure of maximal medical therapy for GERD, the patient underwent a new minimally invasive, reversible endoscopic treatment, with the aim of predicting whether his symptoms could be alleviated, in order to ultimately decide whether to undergo 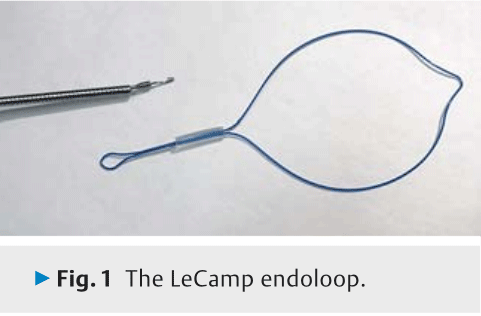 A novel LeCamp endoloop (Leo Medical, China) (▶Fig.1) was inserted into the gastric cardia using forceps passed through a single-channel endoscope (▶Fig.2a). After adjustment of the location and angle of the endoloop, it was anchored onto the edge of the gastric cardia with a clip (▶Fig.2b) and another one or two clips were inserted to hold the opposite side of endoloop about half way round the circumference (▶Fig.2c).

The hook was then connected with the endoloop (▶Fig.2d), which was tightened with a slight pulling together of all the clips (▶Fig.2e). The patient did not experience any pain and was safely discharged the same day. 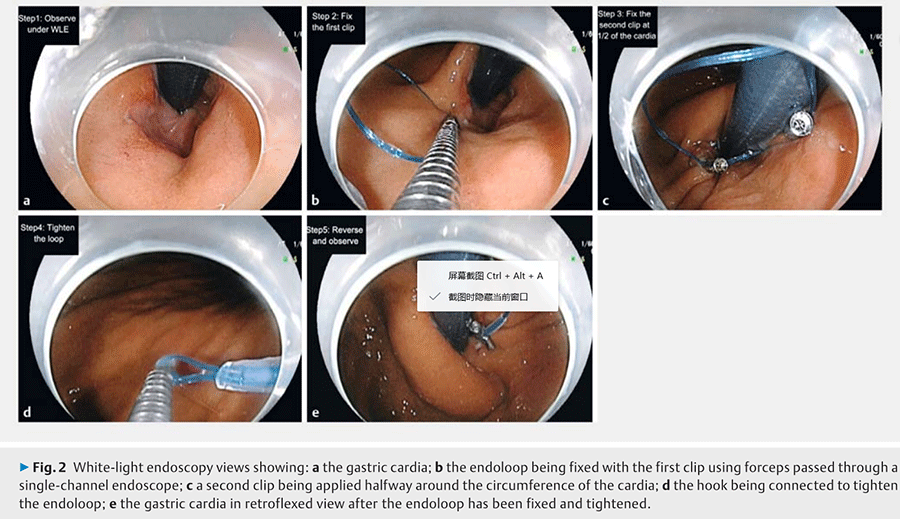 After the treatment, the patient showed significant improvement in his symptoms with a score of 4 points on the GERD questionnaire and was able to discontinue daily use proton pump inhibitors. At 1-month follow-up, the patient complained that the symptoms were gradually re-appearing, repeat upper GI endoscopy revealed the endoloop and the clips had dropped off. After the patient had given his consent, anti-reflux mucosectomy (ARMS) was performed using standard endoscopic submucosal dissection [1]. At the 3-month follow-up, he reported significant reduction in GERD questionnaire scores and his upper GI endoscopy showed a tight gastro-esophageal junction (▶Fig.3). 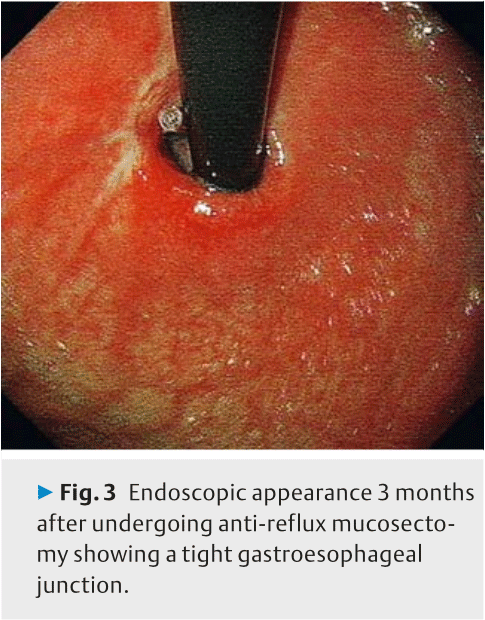 In this patient, we used a novel pretest to narrow the gastric cardia before he underwent ARMS, which suggests that this new technique may be a simple and reversible method to control symptoms temporarily in GERD patients, while they decide whether to undergo irreversible surgery or endoscopic treatment. 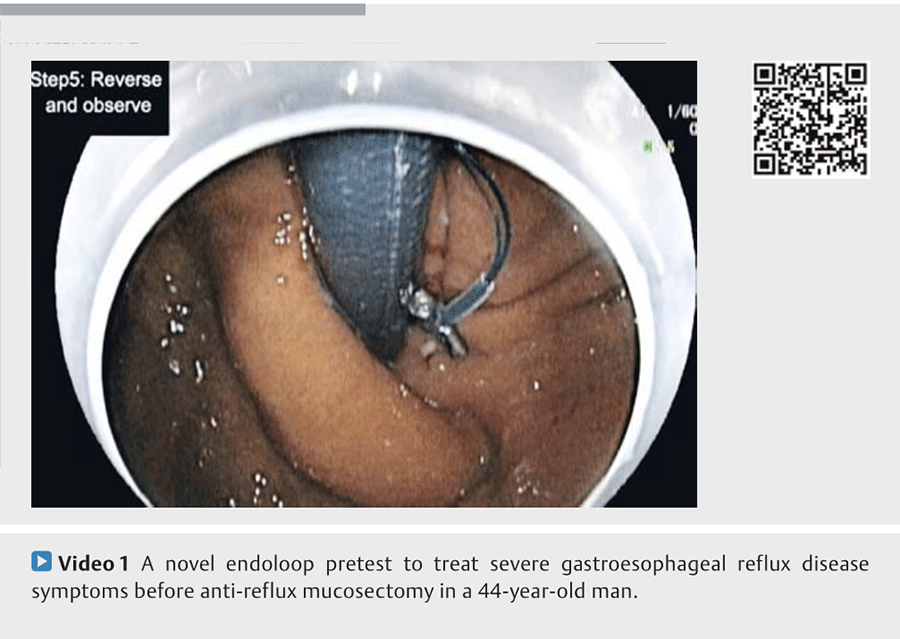