Recently, Lancet Gastroenterol Hepatol reported an analysis research “The global, regional, and national burden of stomach cancer in 195 countries, 1990–2017: a systematic analysis for the Global Burden of Disease study 2017”. It analyzed the morbidity and mortality and DALY of gastric cancer in 21 districts and 195 countries from 1990 to 2017.

The Morbidity and mortality keep rising in many areas.

In East Asia, China ranks in the front of the list. However, there has been a steady decline in morbidity and mortality by age in recent years.In 2017, the highest incidence of age-standardized rate occurred in the high-income Asia-Pacific region, particularly in Japan, South Korea, and East Asia. It is worth mentioning that the new cases number in China accounted for half of the total cases in  East Asia in 2017. 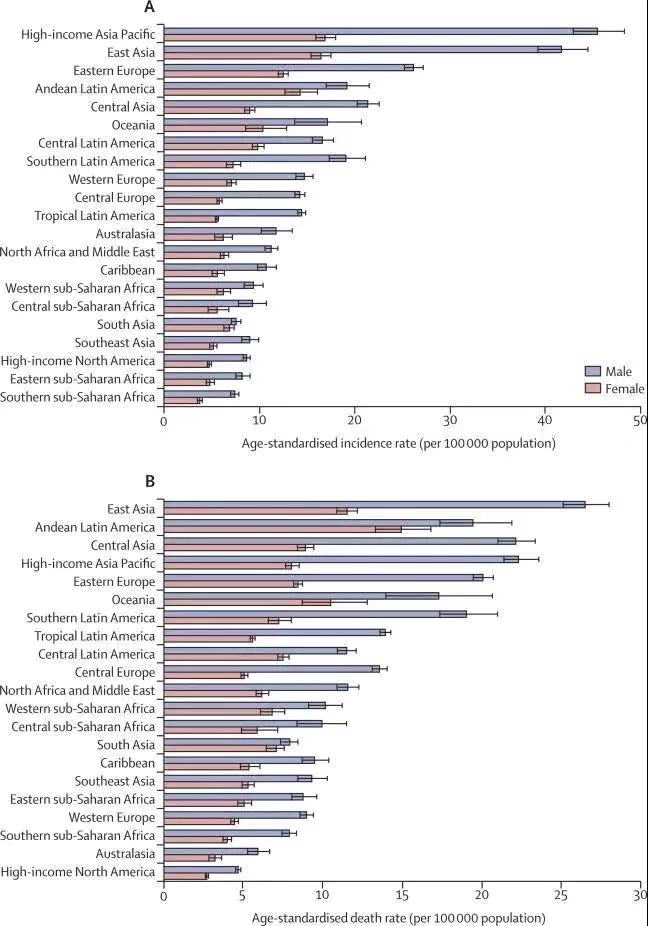 East Asis has become the focus of cases rise of gastric cancer. 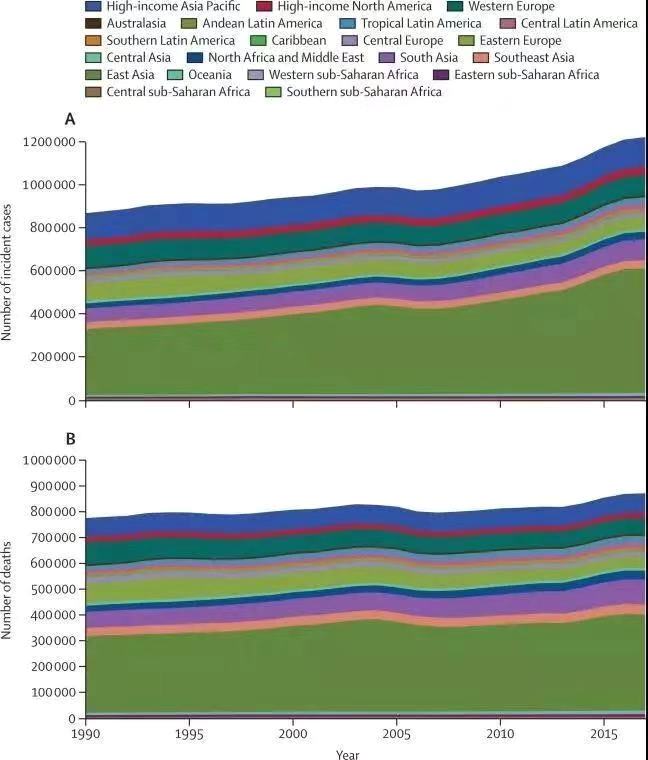 Reducing high-salt food in the diet is one of the solutions of gastric cancer in high-risk Asian countries.

The study suggests that specific local strategies are required to further reduce the incidence and death rate of gastric cancer, in addition to overall improvements in socioeconomic status, population health, and helicobacter pylori infection rates. And risk factors should be adjusted based on the situation of each country. Early detection of suspicious cases and improved treatment facilities are effective methods to prevent gastric cancer.