Typical STER and Thoracoscope for Operation of Leiomyoma of Esophagus

Typical STER and Thoracoscope for Operation of Leiomyoma of Esophagus

Submucosal tunnel endoscopic resection is proved to be a safe and effective technique with fast development in recent years.

It is proved to be safe and effective technique to resect tumor growing from muscularis esophageal and gastric cavity. But for the tumors with diameter larger than 35mm, it requires hard and close collaboration within physicians and assistants.

Another approach of resecting this kind of tumor is by thoracoscope. It has the advantages as any minimal invasive operation, and disadvantages of great injuries on the muscularis layer of esophagus which could bring injury on esophageal mucosa and lead to great difficulties in after operation suture of wound. It is likely to have complicationssuch as fistula or stricture. Usually leiomyoma is located on the middle to lower segment of the esophagus. During the operation, ifcardia is resected, it would bring negative effects such as severe reflux and continuous medical cost for the patients.

Recently, a case received by Prof. Fan Zhining in People hospital of Jiangsu Province has been performed with endoscopic and thoracoscopic operations forthe resection of a large size leiomyoma of esophagus.

The tumor grew from diameter 1.8CM to 5CM within less than half a year. And the patient has high degree dysphagia.

After careful diagnosis and analysis, Prof. Fan performed endoscopic STER operation to separate the tumor from mucosa, and the tumor is dissectedand taken out by thoracoscope. 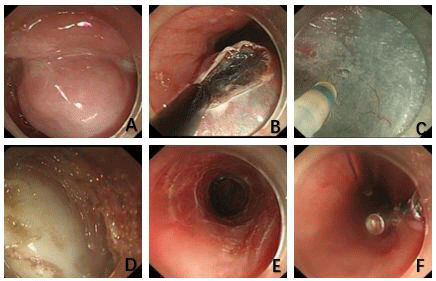 STER operation to separate the tumor under endoscope 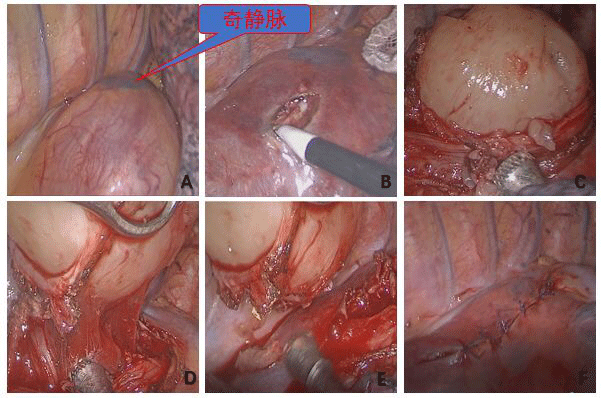 Tumor is dissected and taken out by thoracoscope.

The patient recovers well and could take liquid diet one week after the operation. Till now no complications or discomfort happen.

Prof. Fan Zhining combined the advantages of endoscopic operation and thoracic operation. Laparoscope is not used in this operation. For the patients who have leiomyoma extending to cardia, this technique could avoid the injury on the muscularis layer and it also keeps the integritystructure of esophageal mucosa, esophagus and cardia. The operation has the advantages of minimal trauma and quick recovery.