Of Polyps and ESD

In the upper GI gastroscopic inspection, polyps rank 4th in the disease detected, following chronic gastrotitis, upper GI ulcer and esophagitis. According to research made in ZHONGSHAN Hospital Shanghai (44366 cases in three years research from 2005 to 2007), the rate of upper GI polyps has a high rate of occurrence of 4.97%.The great occurrencelies betweenage 40-61.

For patients age older than 61, please pay special attention to the risk of tumor in gastroscopic inspection.

Slice the polyps several times when the size is large.

Operational methods vary from polypssize and appearance. Details are included in this article.

Precise diagnosis is crucial for patients of gastric cancer at early stage.

To be sure of every element of ESD indications could minimize the deviations of misdiagnosis.

It is device invented by two Japanese researcher Sakamoto and Osada. The device is named on their initials. This device is invented on the basis of spring, metal clip and nylon loop. 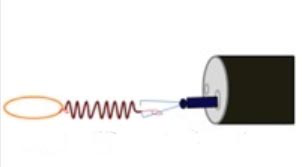 The technique is inherited from the combining traction method of metal clip and elastic loop which is substituted by spring. In the clinicalcomparison test, the S-O metal clip is safe in the excision of large size colonic tumor at early stage. And it saves operational time comparing with other devices.

This technique is based on the machine vision, mechanotronics and AI. MASTER(master and slave transluminal endoscopic robot) has displayed well in several times animal tests. MASTER is mainly composed of three parts: control panel, workstation and working end. The operation is completed by two physicians. One physician is controlling the panel to do the traction, cutting and peeling off the lesion. The other physician is controlling the endoscope. MASTER is proud for its tactile feedback function, which could tell if the device is in touch with the tissue without image assistance. Therefore, the safety of the operation is greatly improved.