Children's ERCP and After Operation Care

Children’s ERCP and After Operation Care 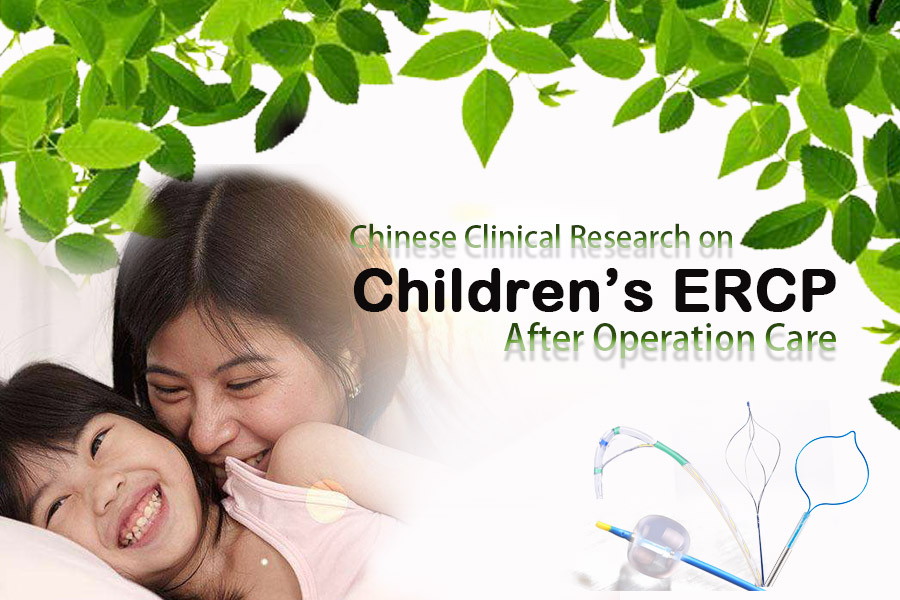 ERCP has been applied in pediatric patients since the late 1970s.

(source: Guangxi medical university journal graduate thesis)  1. High successful rate. 2. Children and adolescents are mainly affected by biliary diseases, among which common bile duct stones are more common. 3. Complications after ERCP are common. Complications of ERCP (especially therapeutic ERCP) in children patients include pancreatitis, hemorrhage, perforation, pseudocyst infection, retrograde pancreaticobiliary tract infection, and stent displacement, among which PEP is the most common complication. It has been reported abroad that the complication rate of children receiving ERCP examination is 3.4% to 6%.

From January 2002 to July 2012, 146 children with biliary and pancreatic diseases were treated by ERCP in the department of gastroenterology of our hospital, and the results were satisfactory. Here is the experience we have:

In this group of patients, all the 146 children had successful operation. Among them, there were 59 cases common bile duct stones, 2 cases acute obstructive pyogenic cholangitis , 40 cases biliary pancreatitis, 29 cases chronic pancreatitis, 5 cases  benign duodenal papillary stenosis, 4 cases of congenital choledochal cyst and abnormal biliary and pancreatic duct conjunctions, 4 cases ascaridosis, 2 cases pancreatic pseudocyst, and 1 case sclerosing cholangitis. Postoperative complications occurred in 27 cases with an incidence rate of 18.49%. The incised margin showed significant blooding happened in 2 cases （1.37%）. There were 13 cases (8.9%) with hyperamylasemia. There were four cases of acute pancreatitis(2.74%). There were 8 cases (5.48%) of biliary tract infection. After treatment, all above symptoms were relieved. The children in this group were hospitalized for 5-10 days, with an average of 7.89 days. All are recovered and discharged without adverse consequences.

After the operation, strict food and water prohibition should be carried out. During the period of fasting, oral care should be done to keep lips moist and comfortable. Postoperative blood samples were taken at 3h and 24h for blood routine examination and blood amyloidase monitoring. The time of fasting was confirmed according to the condition of blood amyloidase, generally ranging from 8h to 24h. In case of abdominal pain, pancreatitis, bleeding and infection, the fasting time should be extended. In accordance with the doctor's advice from fasting to the general diet, it is advisable to start from water, then to low fat semi-fluid. Crude fiber food is forbidden to prevent duodenal papilla friction and bleed. After one week, general food could be taken. After fasting for 8h to 24h, 14 patients presented with varying degrees of abdominal pain, fever, bleeding and other symptoms, and 13 patients presented with elevated serum amylase. After reporting to the physicians, fasting time was appropriately extended. Make intravenous infusion pathway, and provide nutritional support treatment; No obvious abnormal symptoms were observed in 119 cases after operation, and the diet plan was implemented according to the doctor's advice.

According to the disease and intraoperative conditions, treatments should be taken as anti-infection, hemostasis, inhibition of pancreatic secretion, acid inhibition, liver protection and infusion. After ERCP, children should take enzyme suppression inhibition, in this group 12 cases after ERCP had different degrees of abdominal pain, nausea, vomit, elevated serum amylase. Promptly report to the doctor,take somatostat in inhibiting pancreas and proton pump system to suppress gastric acid and pancreatic secretion. Take antibiotics.  The rest patients did not observed with obvious abnormal symptoms, and they were treated by drugs according to the doctor's advice.

Nasal biliary duct tubing can not only directly drain the infected bile, eliminate

biliopancreatic reflux, but also facilitate biliary tract irrigation and postoperative biliary tract imaging, effectively reducing the incidence of postoperative complications. Properly fix the nasal biliary duct tubing, and instruct the patients’ parents with the importance of keeping the drainage tube unobstructed. The normal bile is clear, golden and yellow liquid. If the amount of drainage suddenly decreases, be alert to the blockage of drainage tube or the slip-off of bile duct. Adjust the body position to ensure smooth circulation. Replace the drainage bag regularly to prevent the sediment in the choledochoduct from blocking the nasal bile duct. The nasobiliary duct drainage did not have cases of getting obstructed in this group, and without any obvious abnormalities in drainage volume, color or other character.

This article was extracted from the first issue of the 14th volume of nursing and rehabilitation, January 2015. The author of the original article, shen huali, Lou lilan, Yang jianfeng,from  Hangzhou First People's Hospital.