An endoscopic technology recommended by Chinese physicians to treat appendicitis

Even physicians of digestive endoscopy were shocked at the beginning when they heard that appendicitis could be treated by colonoscopy.

In fact, physicians in China have done a lot of research and practices in this regard.

In 2009, Prof. Liu Bingrong, who was in the 2nd Affiliated Hospital of Harbin Medical University, created ERAT operation firstly in the world. Presently, ERAT technology has been developed and improved during practice.

Presently, this technology has been carried out in 27 provinces in China, with over 3200 cases.  Until the end of 2019, Prof. Liu has collected information of 1576 patients with ERAP operation. The statistics result indicates that the successful rate of ERAT operation is 93.6% , and the effective rate is 95.9%. The recurrence rate was 6.2% during follow-up.

Is the appendix really useless?

Surgical resection of acute appendicitis remains controversial because the appendix is rich in lymphoid tissue that is involved in the body's immunity. Studies have shown that patients shall have 14% higher incidence to have colon tumors after appendectomy than those without appendectomy.

The appendix can also secrete a variety of digestive enzymes and hormones that promote intestinal motility, and regulate the balance of intestinal flora.

Medical knowledge is constantly expanding, and although we don't yet have a clear idea of what the appendix does, no one wants to perform a surgical procedure easily. So we should strictly check the appendiceal excision indications.

The development of ERAT 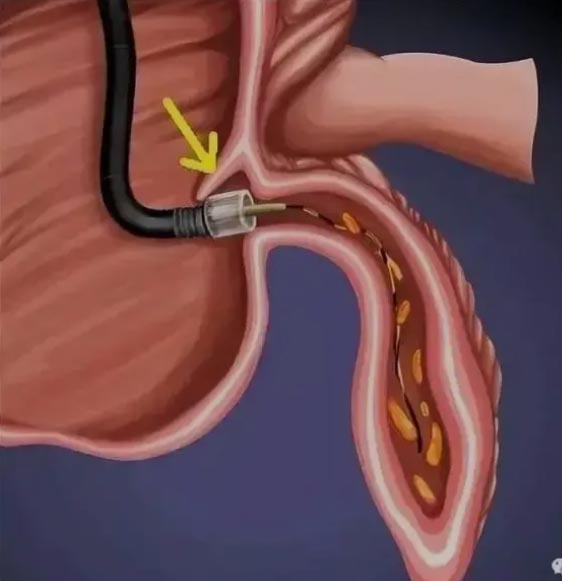 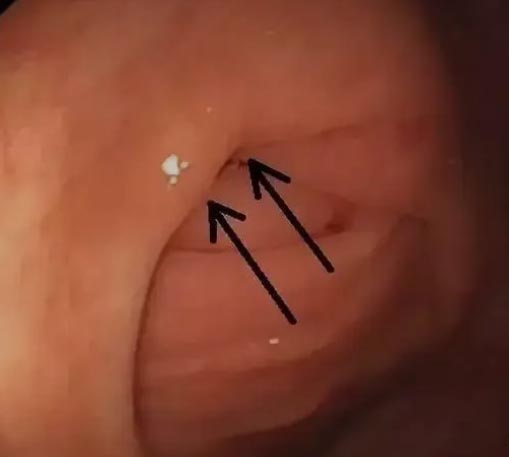 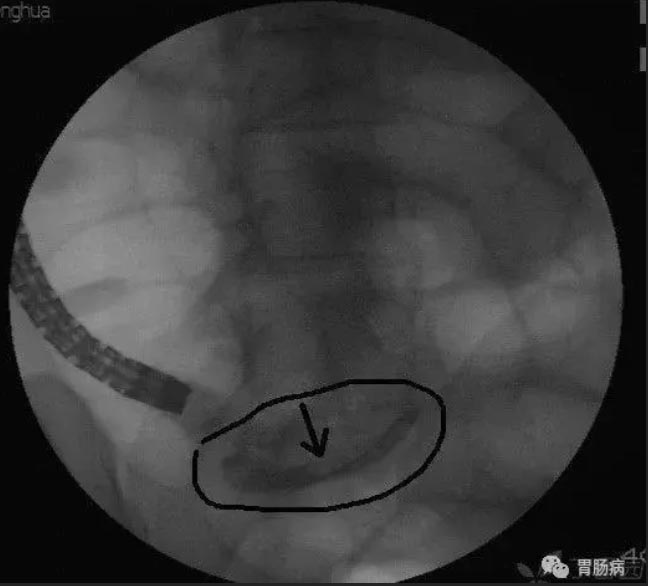 (4) Lithotomy by balloon or basket

After the full removal of the stercorolith, the plastic stent is placed for abscess drainage and further appendiceal cavity flushing (normal saline + antibiotics).

The stent was removed under colonoscopy about a week after operation.

(1) After decompression of the appendiceal cavity with endoscopic appendiceal intubation, the patient's pain symptoms can be rapidly relieved, and the patient can immediately resume daily activities to avoid incision pain after surgery.

(2) ERAT technique has little trauma, no scar on the body surface, fast and convenient operation. Preliminary clinical results showed that the patient had no complications such as bleeding, perforation and periappendiceal abscess formation. ERAT technology can be developed in outpatient clinic in the future, saving medical resources.

(3)ERAT technology retains the potential physiological functions of the appendix.